For Ben Smart, the love affair with rural life and things that fly, began in his childhood growing up on the family’s livestock and cropping operation in South Australia. Now with almost 30 years’ experience in the aviation industry, backed by a keen knack for systems and figures, Ben has successfully turned his passion into a business.

After completing his schooling, Ben secured his pilot’s license, and his first job required him to move to the Western Australian Kimberly region to work at Meda Station as a ringer and then later at the Kidman-owned station ‘Innamincka’, where he honed his work ethic and gained experience in the use of aeroplanes for mustering.

It was then Ben set about to achieve his next aspiration – to fly helicopters for a living. A move to Cloncurry gave him the opportunity work in his dream job of helicopter mustering. In 2000, he gained his aeroplane Ag rating which allowed him to work in aerial crop spraying in the summer (either in South Australia or on the Darling Downs in Queensland) and helicopter mustering in Cloncurry and surrounding districts in the winters.

Aerial Agricultural applications became the primary focus as Ben settled with wife Steph near Dalby in Queensland where he was Chief Pilot for a local aviation firm ‘Cropcair’ for more than 10 years. Ben’s keen business acumen, coupled with his extensive flying experience (in agricultural applications, mustering, pest control and fire bombing), put him in the perfect position to purchase that same aviation business in 2012. Smart Air Services was born.

In 2017, Ben and Steph joined forces with Andrew and Linsey Leach to establish HeliSmart Engineering – a helicopter maintenance business located at Cecil Plains. Ben’s experience in helicopters provides the HeliSmart team with a meticulous test pilot, who understands first hand the importance of timely, quality maintenance. The aeroplane and helicopter businesses provide diversification that helps through the troughs and peaks of rural life.

Raised on a cattle station near Cloncurry, Steph is no stranger to country life. She kicked off her career path in the late 1990s working for a Mt Isa-based passenger aviation charter company. Little did she know back then that she would go on to become part owner of her own agricultural aviation and helicopter maintenance businesses.

After further study and overseas travel, she took on an administration and customer service role in aviation, spent a year as an air hostess and later moved into logistics and Human Resources with BHP where she spent the next seven years. Together with husband and business partner Ben and their three active children, Steph now calls Dalby home.

Steph refers to herself as the “Gap Filler” happy to help out where ever she is needed in both businesses, working around their young family the only thing she won’t do is fly the planes or fix the helicopters. 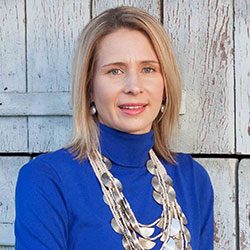 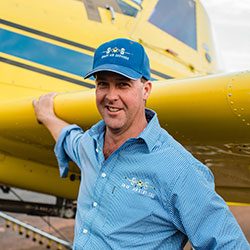 Alex brings with him more than 21 years in the agricultural industry and extensive experience in leadership roles backed by a swag of agribusiness qualifications.

Keen to compliment his hands-on knowledge with business qualifications, Alex completed a Diploma in Agriculture, with distinction, at the Marcus Oldham College in Geelong, and then returned to Queensland to move into station management positions and his career path led him to become General Manager of one of Australia’s largest beef industry pastoral operations.
In late 2016 A job opportunity for Alex’s partner Amy, who works in the media, saw the family move to the Darling Downs giving Alex a chance to take a career diversion, tinker with some cattle work on his own hobby farm and undertake contracting work. However, the appeal of a new challenge saw him take the opportunity to join Smart Air.

Responsible for managing day-to-day ground and air crew operations, Alex enjoys the variety of the role and the opportunity to apply his knowledge to family-owned business within an exciting industry. Being a recreational pilot himself, a chance to work in and around planes was also a draw-card.
Alex is not afraid to get his hands dirty and is just as comfortable loading planes as he is working on a computer spreadsheet. He enjoys working alongside Ben, Smart Air’s chief pilot, contract pilots and the admin team to address the needs of clients.

As an office ‘all-rounder’, Leanne has a 35-plus year career in administration and financial management and has been a long-serving and valued member of the Smart Air team.

After growing up in Inverell in Northern NSW, Leanne did a TAFE secretarial course which sparked a passion for paperwork and organisation which she took into roles in both National Parks and the Agricultural industry.

Leanne spent some time in Mungindi before relocating to Pittsworth in the early 90s working in administration and logistics for an aerial spraying company until joining Cropcair in 2004 (which later became known as Smart Air).

These days Leanne particularly enjoys the variety of her role, interacting with clients and the sense of satisfaction she gets from ‘getting the job done’. 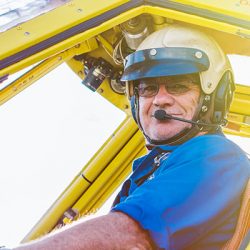 Experienced Pilot Roy “Hollywood” Dawson has had his office in the clouds since the mid-1980s and continues to be a highly respected agricultural pilot both in Australia and overseas.

Having worked with various different aviation companies and owned his own business (which he sold to Ben & Steph in 2012), Roy is enjoying the lifestyle these days doing summer seasonal work with Smart Air and then flying filling in the winter season either abroad ag flying in the United States or on the fires in Australia, and fitting in some travel in between.

Roy has a keen interest in the way changes in technology from the 1980s to today, such as GPS navigation and better communication technology, are able to make flying more efficient and safer.

Working with Smart Air suits him as the AT502 is his favourite plane to fly and he appreciates the comradery and work ethic of the team.